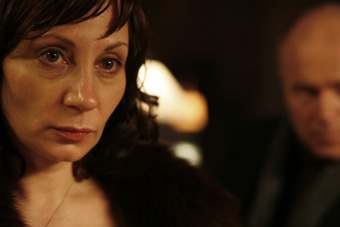 The film tells the story of three Russian immigrants in Berlin. Single Clara has a crush on her neighbor Kiril, who lives with his pretty girlfriend Lena in the apartment above her. When the couple separates, Kiril asks Clarissa for a favor. Clarissa makes a momentous decision.