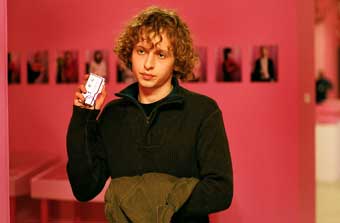 When a deeply moral and well-respected art historian steals an invaluable painting from a church, righteous and fanatic Francis records the crime on video to blackmail the perpetrator. Much to the thief’s bafflement, the young man is not interested in money but demands that the piece of art be returned to its original place. The borders between idealism and madness blur when it is revealed that Francis’ brother is in jail and his girlfriend has to tolerate Francis’ bizarre self-afflicted tests of courage …