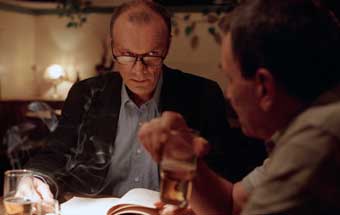 Wolfgang Kreber was once a big name and privileged sports journalist for the GDR State Press Agency. Since the fall of the Wall, he has been working at a police reporter for a big Berlin tabloid. But today his image is crumbling and his young boss Steiner considers him a journalistic dinosaur. Too complicated, too old. But Kerber wants to prove to himself and his critics that he still has what it takes. His daughter Margitta, who has long since put her struggle with her father behind her, tells him about a missing girl. Kerber can feel that this could be huge story, a good one, and one that will keep his boss off his back for a while. But while investigating the case, he is unexpectedly confronted with his own private life …