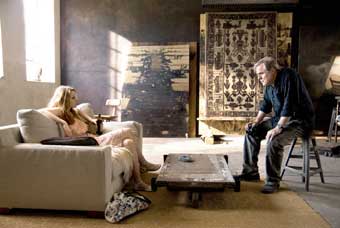 Eliane Richter asks the artist Max Hollander to paint a portrait of her two children, the 22-year-old Lilli, a talented dance student, and 19-year-old Alexander, who died about a year ago. She wants a reminder of her son who she cannot seem to let go of and secretly hopes that the portrait will bring about an untroubled and perhaps never existent family idyll. At first seemingly uninterested, Lilli goes to the sittings at the painter’s studio. Hollander recognizes that Lilli is suffering from deep emotional difficulties and tries to better understand the siblings’ strong bond. Lilli and Hollander get close to one another and a complex family profile is revealed. In the end, the portrait has little to do with Eliane’s original in-tentions but opens the path for a new beginning.