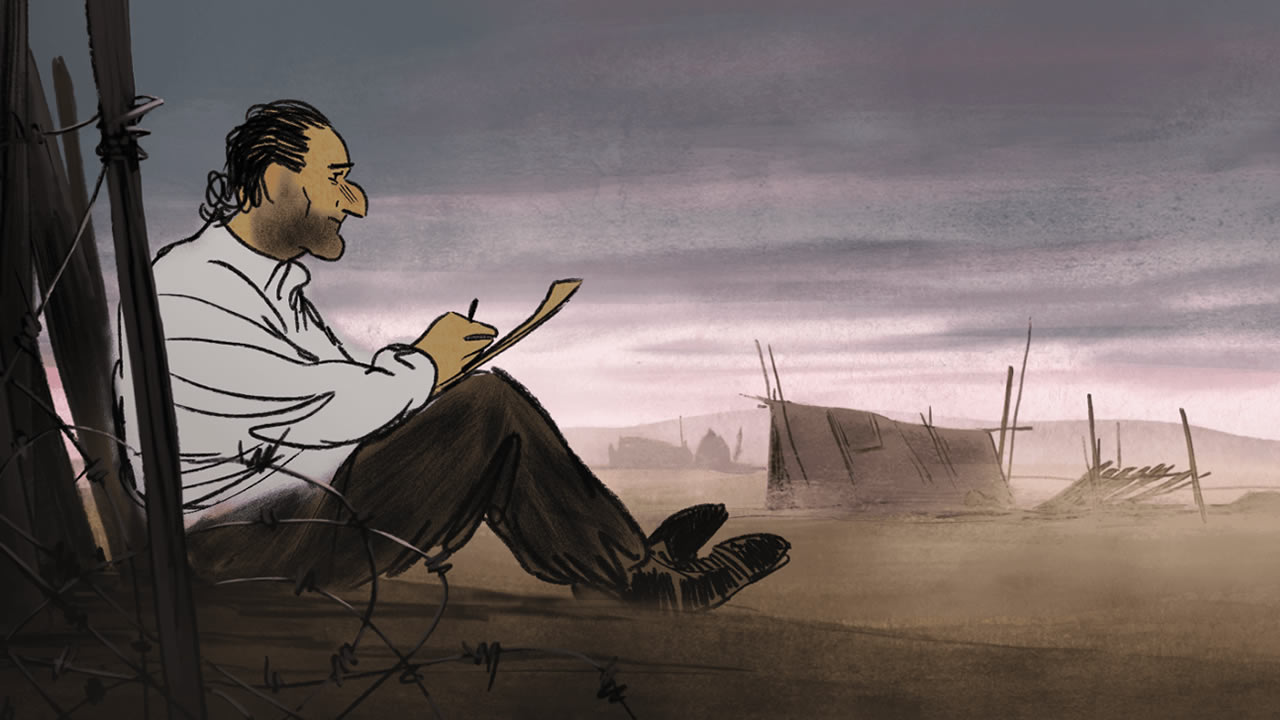 February 1939. Totally overwhelmed by the onslaught of Republicans fleeing the Franco dictatorship, the government decides to place the Spaniards in concentration camps. There they have no choice but to build their own barracks, eat the horses they have brought from their own land and die by the hundreds because of the lack of water and hygiene. In one of these camps, a friendship develops between two men separated by a barbed wire. One is a gendarme, the other is Josep Bartoli (Barcelona 1910 – New York 1995), a fighter against Franco and an illustrator.