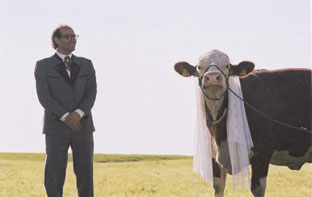 Having lived in Germany for 10 years, Syrian Ramzi Sharif feels fully integrated, but once he’s finished university, his residence permit expires. For the permit to be extended, he has to marry a German woman within a week. But German women are complicated, and also Ramzi’s mother can’t understand why her son doesn’t return home to Damascus.