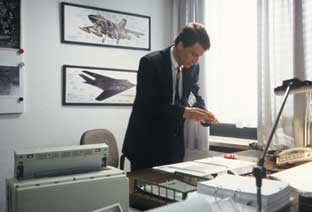 Autumn 1987. As yet, the world is split in two hostile camps by the Cold War. Thomas Schmitz, a white-collar worker in Munich, seems to lead the ordinary life of a normal citizen. Not even his wife suspects he works as a spy for the East German secret service. Until, one evening, the officer in charge of Thomas appears at the door and says, „Your cover’s blown.“ Three words that change everything. And that force Thomas to make the most difficult decision ever.