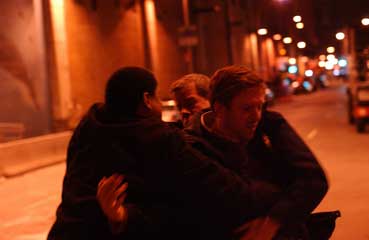 William Keane, thirty-something, wanders around the New York Port Authority bus terminal in search of his six-year-old daughter. She’s been missing for months, but he won’t give up hope of finding her. Living off federal disability checks, he spends his days returning to the scene of her abduction and his nights drinking, snorting coke, and having anonymous sex in nightclub bathrooms.

One evening in a motel in New Jersey, he meets Lynn, a single mother, and her seven-year-old daughter, Kira, whom he hides his story from. Growing to trust Keane, Lynn lets him pick Kira up after school …