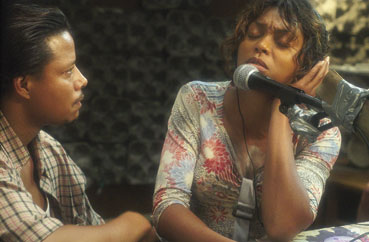 DJay is a streetwise Memphis hustler with a gift of the gab. After a chance meeting with an old friend, Key, a sound engineer, he decides to realize his long-buried dreams and make his mark. He’s always had a way with words and now starts writing his own free-style raps. With Key and a young musician, Shelby, he records his first songs. DJay’s metamorphosis has an effect on the women in his life, as well: Shug and Nola find ways of contributing to his creative process. With the impending visit of rap superstar Skinny Black, DJay has to make one last hustle if he’s ever going to flow …