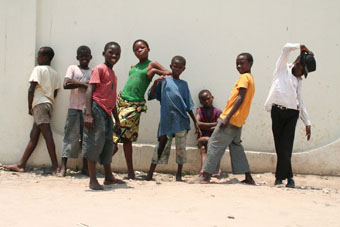 Kinshasa, Congo. About 30,000 children are accused of witchcraft and expelled from their homes. Little José and his fellow friends – all considered to be witch children – live on the streets. Together with a crazy impresario named Bebson, they decide to form a music band to escape their misfortune. Together they want to rock Kinshasa!