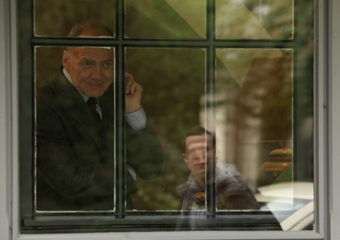 Anita and Fred, both in their early 70s, have been together for 50 years, and married almost as long. They have two adult children. Fred was a successful business man and the couple lives in a large house with an idyllic garden. But one morning Anita finds out that Fred has secretly rented a small apartment, a place where he claims to just go and think. Fred has cancer and refuses, against the wishes of his wife who calls him an egoist, to undergo treatment.

Anita makes a desperate decision: If Fred no longer wants to share his life with her, then she is leaving. She moves into a residence for retirees and, at first, resists Fred’s attempts to win her back. Finally, after much persistence and her own exhaustion, she returns home.

Frolicsome, they dance at their granddaughter’s graduation party. They spend the night in a hotel, make love and exchange memories of their eventful life and love. The next morning, they get dressed up like they are going to a party: Fred in a dark suit, Anita in a black dress. Before they leave, they close the curtains. A taxi picks them up. On the back seat, Anita and Fred hold hands …