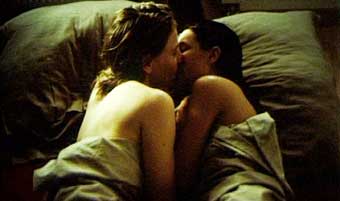 Anna and Marie, two women who might love each other. This new, overwhelming sensation that challenges everything Marie ever believed to know about love outweighs everything else. She wants to get involved even if she has to forget everything she held on until now. Even if it means hurt. No more compromises. Anna, on her part, revels in Marie’s devotion and in devoting herself to her, this tender, gentle girl who apparently loves her despite her drawbacks – or because of them? It could all be so easy – if it weren’t for Zoé, the woman who’s been Anna’s home for years.