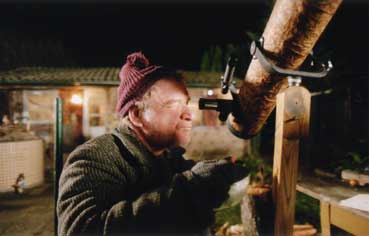 The night a comet called K7c-Kranich is visible from earth with the naked eye, nine people in Mannheim follow their solitary, icy ways. At the end of this special night, they all will have strayed from their usual course, will have experienced a defeat or other, a release or other and they will feel a little happier with life: Kranich, a long-term unemployed and hobby astronomer who discovered the planet and now hopes for a better life since a TV station is coming to interview him on this special occasion.

David, who works in the local planetarium and his girlfriend, Nora, who is pregnant from him. While David is looking forward to having the child, Nora is afraid of the new life and the responsibilities awaiting her. Management consultants Leitner and Fritsche, commissioned to streamline a company, are working on an important final presentation. All of a sudden, Leitner becomes bewitched by a strange melody on his dictaphone. Wagner, who works in precisely the company that is to be streamlined and whose job is acutely at risk, does something stupid that will have consequences …