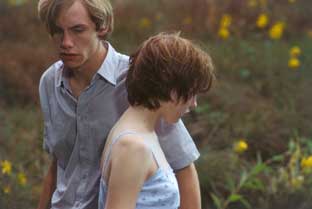 In lieu of military service, Eckart is doing social work at an institution for the handicapped. There, he meets Ulrike who is mentally retarded and regarded as a hopeless case. Due to his intense attention, she makes amazing progress. Eckart wins her affection, and soon she wants to spend the night with him. Eckart, too, secretly longs for more. When a new colleague turns up, Eckart hopes she may be the answer to his problems. But things take a turn for the worse. On a recreational holiday, Ulrike is found in Eckart’s bed, and everything comes to an end: Ulrike is expelled. Eckart quits his job.