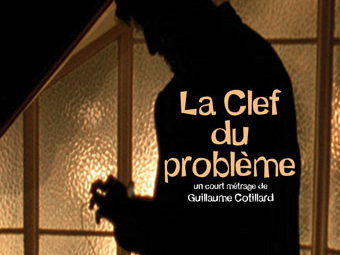 Pierre is running late, his plane takes off in two hours, but he has to quickly get home to pick up his passport. Upon arrival to his apartment, he realizes that he has lost his keys. In a panic, he calls his friend Krista who has another set of his house keys, but she tells him she is in L.A. and therefore cannot get into her apartment …