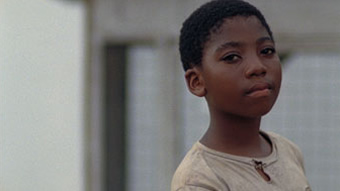 Marisa, who grew up in Germany, returns to her African country of birth. Every year during the drought, the danger of a meningitis epidemic threatens the country. Shortly after her arrival, Marisa has to investigate the outbreak of a new epidemic and treat the patients with little to no medication. Jaime’s sister is also diagnosed with meningitis. Jaime’s only wish is that his sister gets better. When Marisa is unable to help Jaime’s sister, a fateful day begins for the both of them.