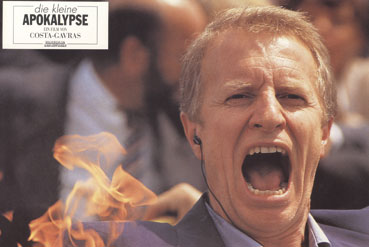 Stan, a Polish writer, has been living in Paris with his ex-wife and her new husband for several years. Withdrawn in the attic, he tries more or less successfully to write. Having nothing to lose, he’s quite happy with what he has. However, his French friends who have everything but, being ex-radicals from ’68, are despairing, are doing their best to turn him into a hero. At a party, the guests are having a hard time deciding on who and what Stan really is. A political refugee? An old communist? A former dissident? Is he desperate because he can’t find a publisher? In any case, Jacques, now a “desillusioned” former communist, sees him as a soulmate, a person who shares his own disappointments.