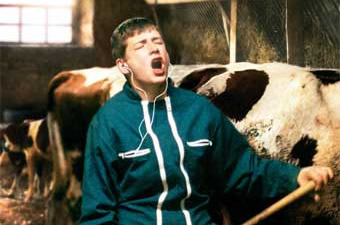 Mathieu, 15, a student at an agricultural high school in France, works part-time on Paul’s farm, a small dairy farm on the plateaux of the Haut-Doubs region bordering Switzerland. While learning Paul’s working techniques, Mathieu also has to become part of the family’s life and find his bearings and his place among them. In the daily practice of the gestures of his trade, he eventually bonds with Paul who teaches him what cannot be learned in a classroom. For Paul is also replacing an absent father.