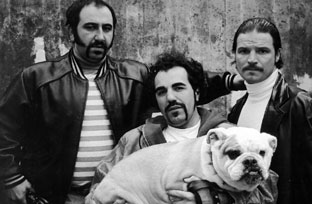 This is the story of three small-time crooks, Altan, Montana and Boban, who live in Cologne earning a precarious living with protection money rackets. They roam the streets with Montana’s new fighting dog who, according to his owner, can save lives. Constantly on the lookout for the best tripe soup east of the river Rhine, they burst onto the set of a commercial for a kebab stall.