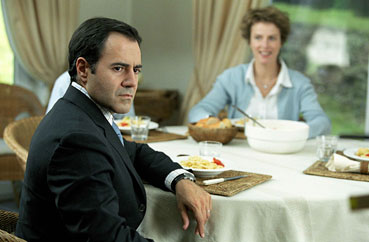 Bruno D., a senior executive in a paper mill with fifteen years faithful service to his credit, is one day given his notice together with a few hundred colleagues because of economic redeployment. At first, Bruno isn’t too worried. At his age – he’s in his early forties – and his level of competence he’s convinced he’ll soon find another similar job.

Three years later, still unemployed, he realizes he has reluctantly become involved in a war of attrition. He is now a foot-soldier whose sole mission is to survive. Soon he discovers that his whole well-being, the solidity of his marriage and the future of his children depend on him winning this battle. So he arms himself, takes the offensive and methodically sets out to wipe out the competition. Then on to his final assault to take on the fortress of the Arcadia Corporation – the last obstacle between himself and what he considers to be the job he deserves.