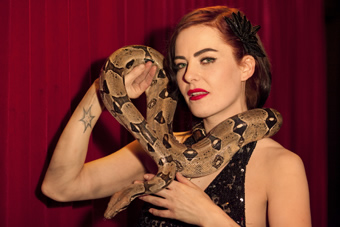 Frank, a man in his mid forties, is stressed by his work, his life, and his wife. One evening, tired and completely exhausted, he opens the door to his bathroom, but ends up in a strange nightclub. And come to find out, everyone here is waiting for him. A guy who introduces himself to him as his manager persuades him to play in a blues concert, although he doesn’t even play an instrument. But Frank then suddenly realizes that he is a fantastic musician and enjoys the concert. A trip into a sensual twilight zone begins …