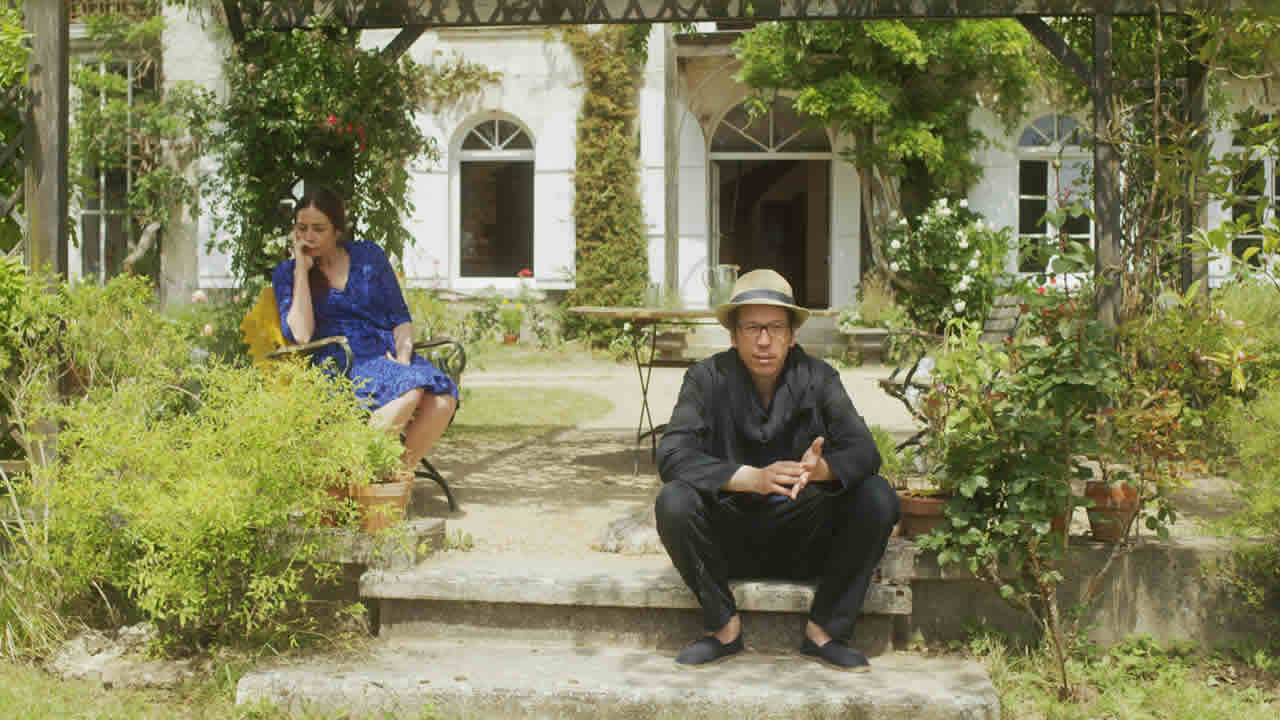 A beautiful summerday. A garden. A terrace. A woman and a man sit at a garden table under the trees with a soft summer wind. In the distance on the vast plain, the silhouette of Paris.  A conversation begins: questions and answers between the woman and the man. It deals with sexual experiences, childhood, memories, the essence of summer and the differences between men and women, it deals with a feminine perspective and a masculine perception.

In the background, inside the house which opens onto the terrace, to the woman and the man: the writer in the process of imagining this dialogue and typing it. Or is it the other way around? Might it be that those two characters, over there, tell him what he’s putting down on paper: a long, final dialogue between a man and a woman?