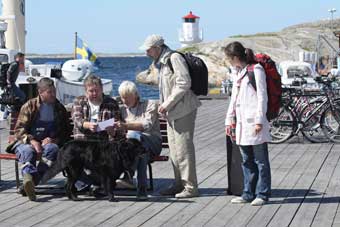 The single-father Albert gives his daughter Jeanne a trip to Sweden for her 17th birthday. But when they arrive at the rented bungalow, Annika and Christian have already moved in. They decide to share the place, much to Albert’s dismay, but to Jeanne’s great pleasure. The unexpected encounter between the four very different characters leads them to question their own points of view, to explore their feelings and to find themselves changed by the end of the summer.