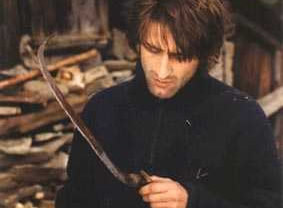 “Life passes like a shadow …” Ivan can only remember the first line of an old folk song once believed capable of resurrecting the dead. The young man used to sing it with his best friend, Kamen, who now lies between life and death in a US hospital. Stricken by worry, Ivan feels all he would like to express to his sick friend is in that song. If only he could remember …