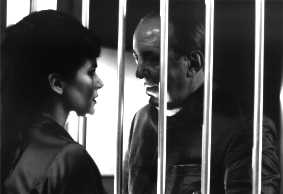 Germany, October 2020, thirty years after reunification. The breakdown of the European economy and an acute energy crisis have driven the country into poverty. In this state of emergency, a totalitarian state has established itself that not only forbids smoking under pain of severe punishment but also is striving for complete control over the media. A ruthless war is raging between the two remaining media empires, Alphaplus and Eurolux.

Werner Best, Alphaplus’s mysterious boss, gives Emma Trost, the young director of Trend Management, an impossible task: In order to win the final war in viewer ratings, she has to trace extraterrestrials in town and present them on Alphaplus …