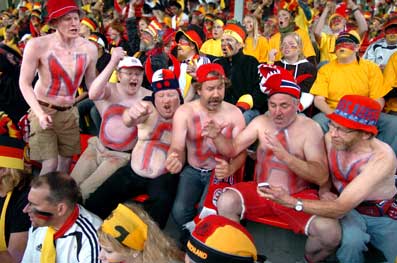 A brotherhood of six men work together in a garage, the EdGarage, owned by Edgar. Bar one, they’re all big-time soccer fans. So in spite of the garage being threatened by hostile takeover or bankruptcy, they decide to go on a company tour to support the Norwegian national soccer team during the final matches of the World Championship, not knowing whether they will still have a job on their return …