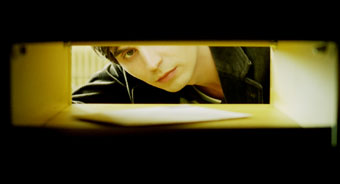 While David is staying at the apartment of his mother’s friend Martha, he observes her trying to find a partner though personal ads. To cheer her up, David sends her an anonymous letter. As Martha becomes increasingly excited about her new admirer, David starts getting jealous. But Martha is prepared to go much further than David would have expected …