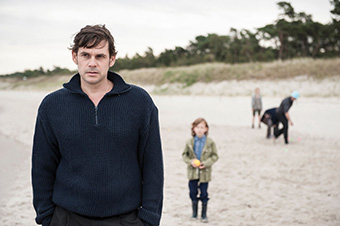 Family vacation in an isolated house by the sea. Johannes. Helen. Frances. Could be nice. But from the first moment something is slightly different. Subtle confusions. Anxiety comes up. Slowly. At the same time a second story appears, like overlapping movies. Or is reality only the result of our perceptions? The same house – told from a little boy’s perspective. When his mother dies, his dad falls into depression. The boy tries to save him – with piano music.

Things become different. Lives vanish. 7 years and 6 days in which two families are falling apart. 20 years between. Time blurs. A dark secret within the family. The puzzle grows when a stranger appears. Who are you? Helen is haunted by fragments of images, by smells, sounds, tones that break reality. Something is changing. She has severe pain in her hands. It turns out as a sorrowful journey deep into Helen’s subconscious to free a deep loss, while bringing back a repressed trauma. Everything is connected. The little boy is grown-up now. Helen provokes the confrontation with herself – but what does it take? Being invisible isn’t easy. Nothing really disappears. Nothing is ever really forgotten.