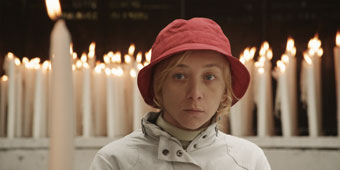 The tidelands of the North German Elb estuary are their playground: the creators of the Tideland Olympics. Primarily, it’s all about the sensation of mud, sport-like competitions at low tide, and the headstrong world of thoughts involved in “tideland psychology”. But behind all that, it’s also about the artist and main character Jens Rusch, about cancer and donations for helpdesks, about never giving up, and about life as it is shaped by ebb and flow.

The amphibian-like tidelands and the levees form the backdrop in front of which the “tidal athletes” let off steam. They pound out a spectacle from the embankment which, despite its serious background, still seems to be out of this world.