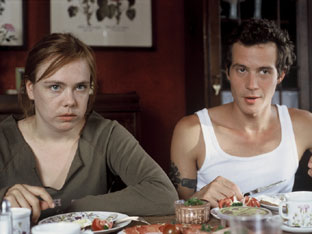 Marie has a problem. She has met the man of her dreams. Who desperately wants to get to know her parents. Which wouldn’t be so bad had Marie not told him her parents were still madly in love, cool, tolerant and the contrary of petty bourgeois.

But Marie’s parents are anything but that. Lydia and Erhard, both in their early fifties, have been a couple for more than 25 years. Their marriage seems to fizzled out, daily routine has long caught up with them. For some time now, they’ve been sleeping in separate rooms, pastry signs welcome guests to their home. Everything’s tidy, philistinism reigns supreme. In panic, Marie goes to see her parents to prepare them for their visitor …