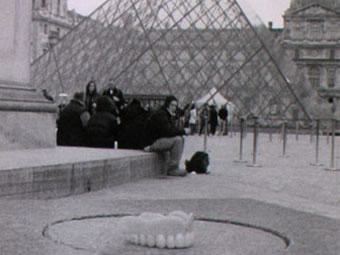 The actor Lou Castel, known from films by Wenders, Fassbinder, Haneke, Philippe Garrel, Olivier Assayas and others, is special guest at the Hof International Film Festival. But once he arrives at the hotel, there is a problem: his teeth are still in Paris. But where? The only thing that can be done is to call and ask Fabienne, Edith or Brigitte …