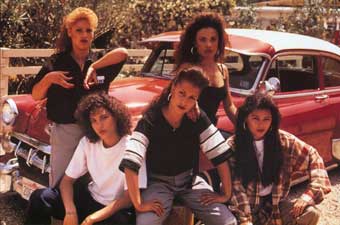 Gang memebers Sad Girl and Mousie, once best friends in the Los Angeles Hispanic neighborhood Echo Park, are now enemies as they have both become pregnant by the same man, Ernesto, a local drug dealer. But when Ernesto is murdered by a rival gang-leader, the balance of power on the street brutally changes and it’s time to take sides. As the Echo Park boys deal with Ernesto’s murder by searching for revenge, the Echo Park girls arm themselves for another kind of struggle – the struggle to survive.