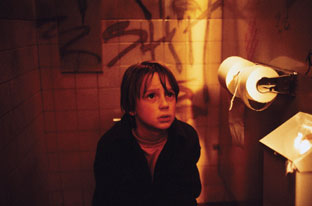 Derek Ridley’s marriage has ended. Cut adrift and floundering, he finds himself desperately unable to cope without the love of his wife, Allison, and his eight year old son, Will. He begins taking reckless and wrong-headed measures in an attempt to get his family back. As he starts to feel cut off from any hope of reconciliation, he constructs a self-deluded world of half truths and deceptions, a web of denial that protects him from painful realities.

When he discovers that Allison has moved on with her life and started a new relationship, Derek’s obsession with regaining his family accelerates. Convinced that her new boyfriend is a threat to his son, Derek devises a rash plan to take Will to the Rocky Mountains where he believes they can survive together in a secluded wilderness, building a cabin and living off the land like pioneers …