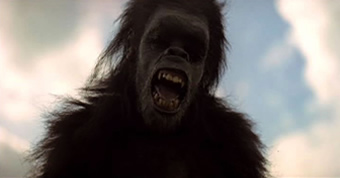 Feature documentary about the life of Dan Richter, a man for all seasons: a mime, artist, production manager, raconteur, and adventurer. He collaborated with some of the most creative and influential minds of the day, including Stanley Kubrick, John Lennon and Yoko Ono, and Allen Ginsberg, among many others. Stanley Kubrick gave him the job of choreographer for the opening sequence of “2001: A Space Odyssey”. The film became a huge success appealing to the younger generation, which was drawn to its visual language and existentialist philosophy.

As part of the intellectual elite of London, he was friends with John and Yoko and moved to their estate in Ascot with them. He supervised film and art projects and facilitated John’s solo career, which culminated in the “Imagine” album. Four years later they all moved to New York City, but Dan stopped working for the Lennons. With their two children, the Richters moved into the notorious Chelsea Hotel. The dream of a promising career as an avant-garde artist was over and Dan hustled to make a living. While the movement started as a celebration of love and peace in the 60s, Dan’s rebellion lead him into the radical drug underground of the 70s.

Intimate interviews uncover the self-destructive nature of addiction and his personal alienation from family, friends and society. So many of his peers are dead and his generation bereft, but Dan Richter overcame the subversive undertow of his earlier soul seeking and chose the road of recovery and reconciliation.

JULIENANVIL – THE STORY OF ANVIL