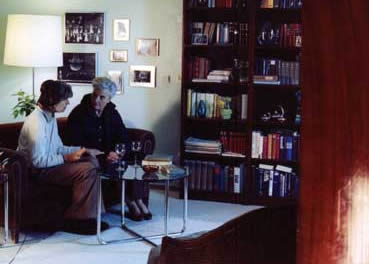 Else Klopsch has very recently moved into the old people’s home, bundled off by her son. She feels shunted and very lonely and for the first time thinks of dying. She doesn’t want to meet the other inmates but only wants to be left in peace. What’s worse, she can’t even indulge in her great passion: listening to music. Because even with her hearing aid, Else Klopsch is pretty hard of hearing, and to appreciate her beloved music in all its glory, it has to be played very loud. And that’s impossible in her new surroundings. Everything seems hopeless, until Lucie Bremer, her neighbour, appears on the scene …