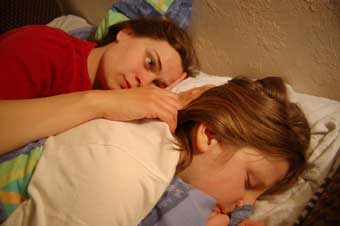 Silke and her daughter live in an apartment on a pre-fab estate. Ever since new neighbours have moved in next door, she hears a child screaming. She’s terrified the child might be abused, but nonetheless she shuts her ears. Her reason is a dreadful one.