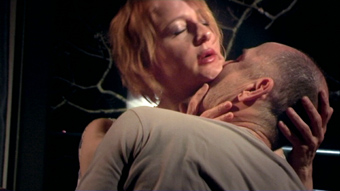 Claire and Robert seem to have a perfect life. The two German ex-patriates spend most of their time in a house they own in the beautiful and remote countryside in Italy. But when Claire’s sister gets murdered in the very same house, the traumatic event shakes up their relationship. Disappointment, fear and resentment they swept under the rug for years, resurface. A close look into the abyss called love.