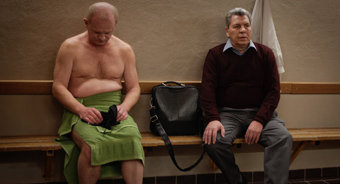 Parole leave – that’s eight hours of holiday from everyday life in prison. Detainees who have almost sat their entire sentence are allowed to leave the prison in the company of a voluntary escort. In three episodes, the film portrays three very different “pairs”: the student Gregor and the difficult Dennis. The do-gooder Claudia has to draw the line with her charge Bruno. And the con man Wolfgang must come to the realization that the retired teacher Joachim is one of the very few people who are actually interested in him. A day in which great expectations meet a limited reality. The return to “normal” life proves to be a far greater challenge than expected, but it is also the perspective that an actual friendship can develop out of a partnership of convenience.