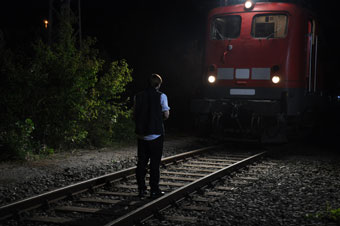 On a sunny afternoon, Marc the train driver experiences it for the first time. The brakes screech and by the time the train comes to a halt, endless seconds have passed – in the certainty that he has killed someone. His colleagues and supervisors retreat into silence, but the pictures in his mind of the young man who ended his life by jumping in front of Marc’s train haunt him.