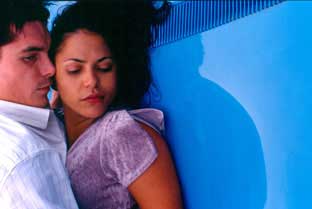 Karen drags her boyfriend on a journey to visit her mother after a death in the family. She invents one delay after another. Her reluctance to see her mother becomes apparent, along with her boyfriend’s growing frustration.