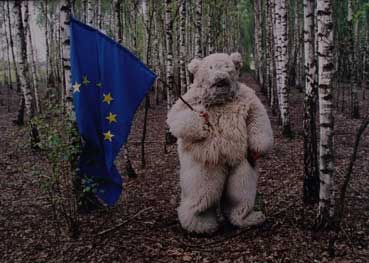 Reality: That’s the reality of Europe expanding and empowering itself. Shock: That’s the sense of being overwhelmed, of being caught unawares, a sensation many regions in Eastern Europe are experiencing. The film plays in the isolated periphery, in a forgotten region where everything regarded as normal in Central Europa no longer is valid. A “Polish Bermuda triangle” right on the border to the Ukraine and Belorussia, the new political watershed between Europe and Asia.

ICH DICH AUCHTO TULSA AND BACK