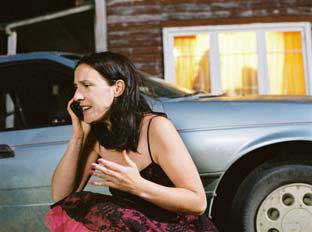 Alone at a deserted bus stop, a thriller-obsessed bookworm attacks a threatening man in self-defence. Through a strange twist of events, she later discovers that her attacker may not have been that harmful after all …