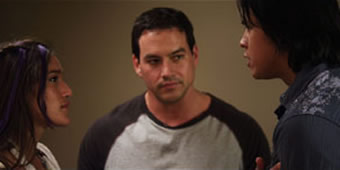 The film tells a story of a splintered Native American family trying to connect in a time of crisis.

Wesley, a successful writer whose novel sold out his family, returns home to the reservation after getting a call that his mother is in the ICU. He finds his brother in trouble with the law, his little sister unwillingly pregnant with a white underachiever’s baby, and his father not welcoming him because of his tell-all “fictional” book.

Within all this, he rediscovers the love of his life and the dilemma of where he belongs.