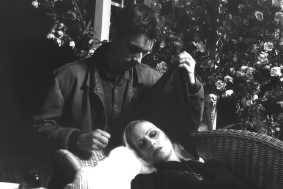 Fatherless Luc Bellow moulds Rena into his mother’s double he can possess sexually as well. Out of jealousy, his mother separates the couple and is rewarded with her son’s hatred. Ten years later, he burns her to death in her rose pavilion and believes to have broken the spell she cast over him. Rena traces him and tempts him into the high rise where she’s leading a double life. Calculatingly, she refuses to give in to his obsessive love and Luc experiences an inner catastrophe …