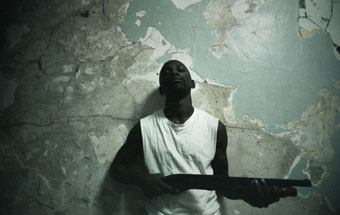 One afternoon Dan is brutally jumped and accosted by a gang in his neighborhood. Angel, the leader of Dan’s crew, demands that he murder his punisher and thus earn his official “membership” into the crew: a teardrop tattoo under his eye.

Dan stands at the most important crossroads in his life. Will he go through with the killing to become a member, or back out and risk standing alone?