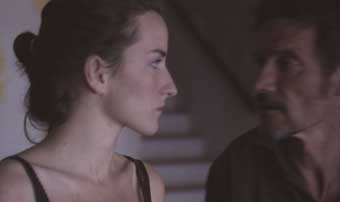 Julie goes to see her father in the South of France. He has lost a leg and lives alone in a house by the sea. Father and daughter are unable to communicate, they grope towards each other and sometimes make contact. They share the same desire for women. This ambiguous complicity is acceptable as long as it remains unspoken …