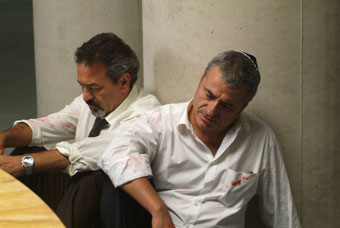 Very seldom on the diplomatic parquet do people actually get down to brass tacks. The art of metaphorical speaking in these circles is widespread and everything but ironic. While government leaders shake hands while smiling into the cameras and palaver about peace, their troops are already on the march. But what if one of these important guys actually stepped out of character? What if one of them was to show his true colors?