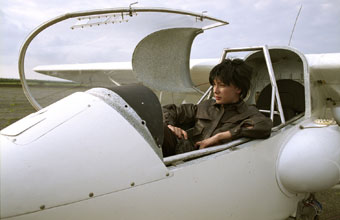 In a small town, somewhere in southern Europe, the weather is acting up: heat, hail and lightning are confusing people, the boundaries between reality and fantasy are blurred … The origin of all this chaos is Datho, a meteorologist who spent a few years in jail as an innocent man. He is finally released, but his return home turns into a fiasco. His beautiful wife Elene has fallen in love with a circus man and his children refuse to believe that he is their father …