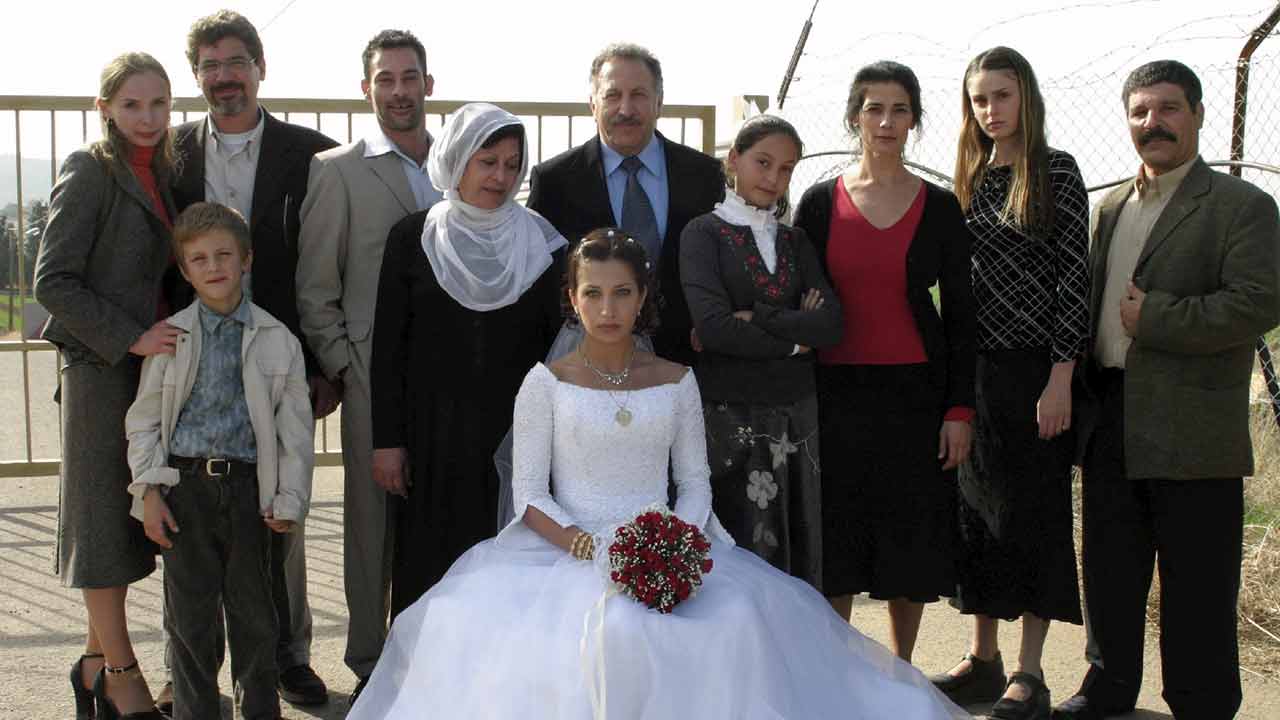 Mona’s wedding day is the saddest day in her life. Once she will have crossed the border between Israel and Syria to marry Syrian TV-star Tallel, she will never be allowed back to her family in Majdal Shams, a Druze village on the Golan Heights currently under Israeli control.

The story of Mona’s wedding day is a story about physical, mental and emotional borders and the will to cross them. A story about a family who tries to break down these borders and to cope with their lives. It centres around Mona’s sister, Amal, a modern young woman trapped in a culture and tradition she wants to break away from. Once a border has been crossed, there is no going back, and at the end of a long day all those who gathered on either side of the border find themselves facing an uncertain future, trapped in no-man’s land between Israel and Syria.