THE WOMAN WITH A BROKEN NOSE 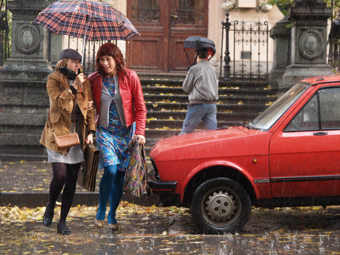 A young woman with a baby and a freshly broken nose steps out of a taxi caught in a traffic jam on the Belgrade Bridge, leaving her baby behind in the car, and throws herself off the bridge. What starts with a suicide attempt will connect the lives of the three witnesses: Gavrilo, the taxi driver, a hard-boiled Bosnian refugee, is stuck with the baby. Anica the high school teacher recalls the drama of losing her son in a car accident, and the pharmacist Biljana suddenly realizes that she doesn’t want to marry her fiancé and runs away …